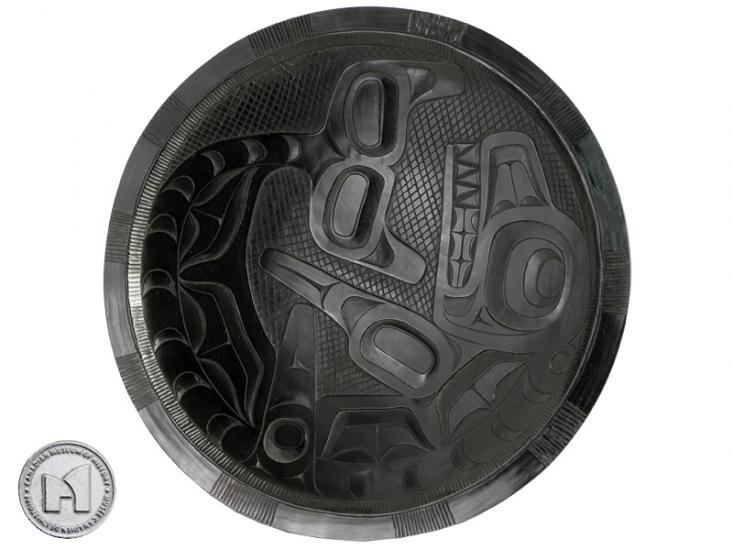 CMH licensed reproduction of potlatch plate, Killer Whale round 9"". The reverse of the plate features the museum collection ID number and embedded medallion to authenticate the piece. The Killer Whale is the guardian of the sea and a symbol of longevity. Haida believed that killer hales appearing in front of the village were drowned persons returning to communicate with the people.