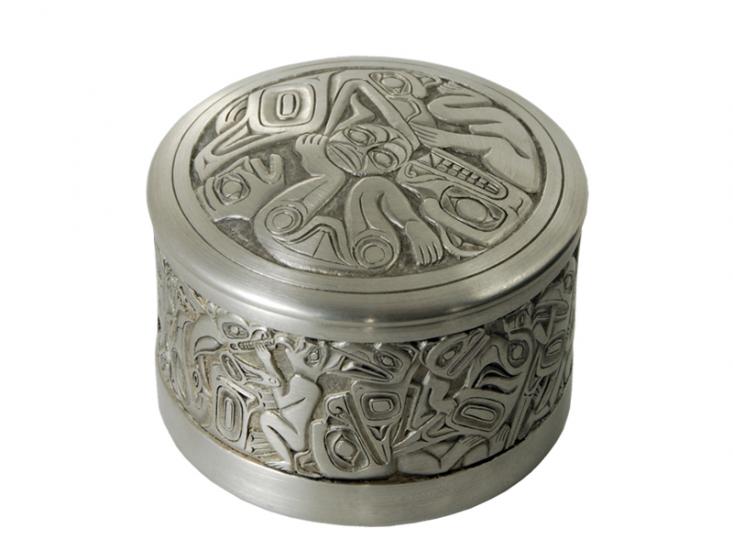 This intricately carved box features the story of the Raven and the Sun. Raven is the hero, creator, trickster and transformer and is one of the main crests on the Haida Nation. The raven is credited, in legend, for releasing the sun, creating the moon, stars and the universe and according to the Haida nation, discovering mankind in a clamshell. This exquisite box ix made of fine lead free pewter.